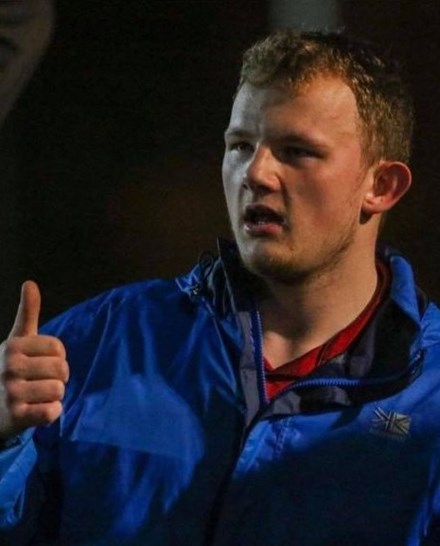 Yeovil Rugby Club is excited to be hosting a historic event in May. Already breaking barriers as the first rugby club in the UK (and the world) to have a men’s and women’s mixed ability rugby team, the teams will be playing a momentous ‘double header’ fixture for their first games on 22nd May. In inviting Walcott Warriors Men and Bath Ladies Trojans to play they create a first in the rugby world.

This event, in partnership with Bath Rugby Foundation, will bring together rugby players with different disabilities or ‘mixed abilities’ from across the South West. Showcasing the true spirit of rugby and enjoying some post-match celebrations with food and music in the amazing facilities that Yeovil Rugby Club has to offer.

For those that have never come across Mixed ability rugby there is often surprise and uncertainty about how it works. Mixed Ability rugby puts the focus on what you can do, not what you can’t do and aims to make rugby, and sport in general as inclusive as possible for everyone regardless of behavioural, emotional, mental, learning or physical differences. The team currently boasts players with Downs Syndrome, cerebral palsy, autism, mental health problems and learning difficulties. They play alongside players from our men’s and women’s team to provide support, facilitate and maintain the flow of the game. By identifying ‘contact’ and ‘touch’ players the game is able to be full contact for those that want to participate in this way and for those that aren’t ready or prefer not to become touch players. This ensures everyone can be involved. 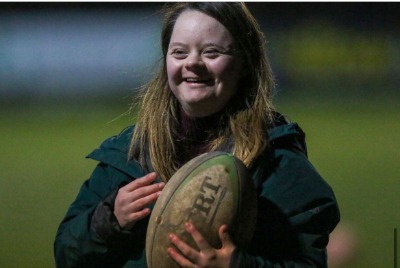 Mixed Ability Rugby is inclusive to all

With this fun and inclusive way to play rugby, there is no pressure on players to know the rules or have any knowledge of the game, this is learnt together, and players are supported by others on the team. Every player is valued for what they bring to the team. This is rugby for rugby’s sake, rugby for fun. What Yeovil have seen so far as the teams have developed is not just an improvement in players fitness, but also building friendships among people who may not usually have met. The sessions don’t just involve rugby, lots of outdoor fun and games form part of a training session and the players can join in and out as they please.

Yeovil Mixed Ability Women’s player Ella Sky explains ‘because of my autism, dyslexia and dyspraxia in team spirt I am usually left very confused as to what is going on and what I am meant to do which leaves me very stressed, In the mixed ability team everything is explained more slowly and everything is done at your own pace and ability, everyone on the team and at the club are very friendly, its one big family’. This one big family approach is exactly what the teams aim to create, building fitness and skills but also a place where players of all backgrounds can go and feel safe and included. The team asked for anonymous feedback about the team, one player stated ‘I have met so many new friends, I feel like I am a part of a team which I have never had in my life’ another player saying the best part is ‘all the fun and the smiles’! 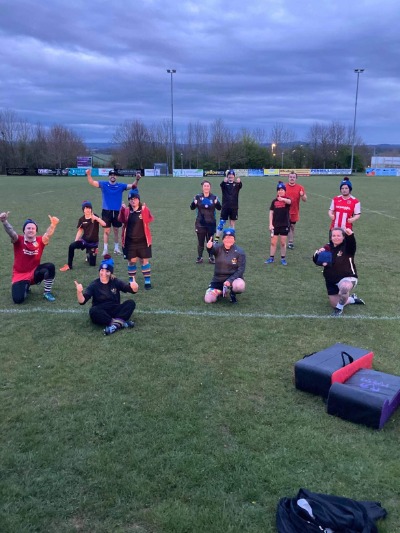 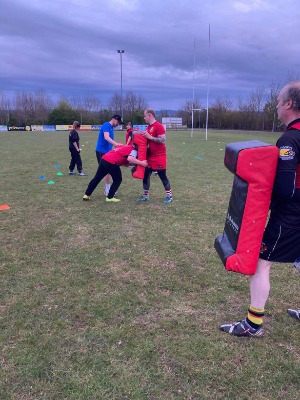 Following the training (in non-covid times!) the club opens its newly refurbished bar with food and drinks available for supporters and players alike. This ensures there are no barriers to experiencing the social aspect of being part of a rugby team which tends to involve a beer after the game! The covid secure celebrations and special presentations after the game will be no different!